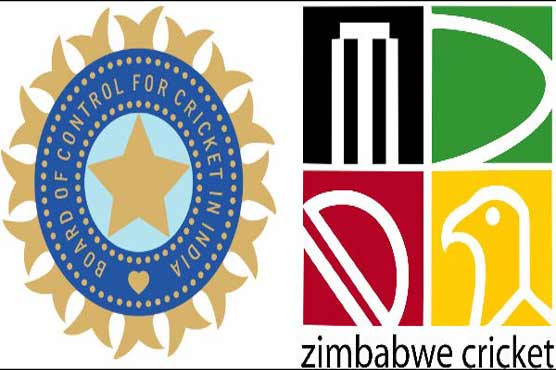 First ODI between India and Zimbabwe will be played today (Saturday) at Harare Sports Club.

HARARE (AFP) - Zimbabwe will set out to gain greater respect from the international cricket world when they host India for a three-match series of one-day internationals at Harare Sports Club, starting today (Saturday).

Although Mahendra Singh Dhoni will captain India, the remainder of the touring squad is vastly inexperienced -- five players are yet to represent India and the other 10 boast a combined total of 83 ODI caps.

Virat Kohli, Shikhar Dhawan, Rohit Sharma, Ravichandran Ashwin and Suresh Raina are just some of the 17 players that were part of India s previous limited overs assignments but who have been rested against Zimbabwe.

Former South Africa fast bowler Makhaya Ntini, who was appointed Zimbabwe s interim coach at the start of the month after Dav Whatmore was sacked, believes that his side must now send a message that they should be playing against first-choice international teams.

"We re sick and tired of waiting around for South Africa to send their A team," he said on Friday, referring to a South Africa A tour due to take place next month.

"We want to compete with the big boys. We re creating a new venture here.

"We want to make sure that this country gets to play more games, and if you send us a team that is not your strongest team, we re going to put them under the carpet so that they go home and tell people that they need to send their strongest team."

Looking at the players that India have sent on the tour, Ntini added: "We ve been watching the guys. We ve seen them playing in the Indian Premier League and we are comfortable that we can compete with them."

India sent a second-string squad when they toured Zimbabwe last July, but have selected an even more inexperienced unit this time around.

Nevertheless, coach Sanjay Bangar would not be drawn on Ntini s comments.

"We believe in letting our performance speak," Bangar said. "We have a talented bunch of young players who have done really well in the domestic championships and India A circuit.

"So our focus is inwards. We do not want to give too much attention to what the opposition is saying."

Although many players in India s squad would appear to be some distance from cracking the first-choice team, Bangar believes that the tour of Zimbabwe, which also includes three Twenty20 internationals, offers a serious opportunity.

"It s a great platform for the younger guys," he said.

"It has provided a launch pad for a number of cricketers -- Virat came here and led India for the first time (in 2013), Suresh came in and then Ajinkya (Rahane).

"We believe it s a very, very important tour for the younger lot. It provides us an opportunity to look at the future stars emerging from the Indian scene for years to come."

The whistle-stop tour includes ODIs on Saturday, Monday and Wednesday, ahead of Twenty20 matches on June 18, 20 and 22.

All games will be played at Harare Sports Club.

Arthur vows to lift Pakistan cricket team to number one