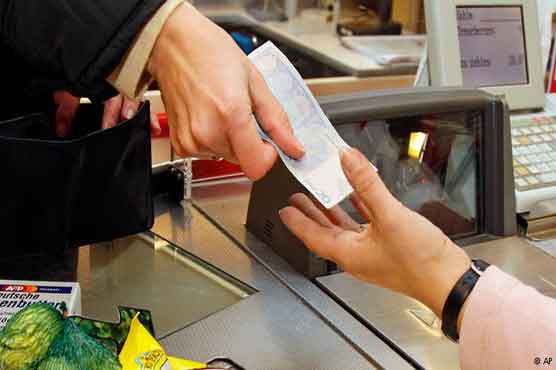 GfK's headline household confidence index was forecast to stand at 8.5 points in June.

"Consumer sentiment remains in good shape this month. But, as in previous months, no clear trend is discernible," market research company GfK said in a statement.

"The good piece of news this month is that consumers' economic expectations are gaining momentum, despite the crisis in Ukraine. That is helping make them more willing to spend, albeit only modestly," the statement said.

"By contrast, income expectations could not match the post-war high reached the previous month and gave up most of its gains from April."

Looking ahead to next month, GfK's headline household confidence index was forecast to stand at 8.5 points in June, unchanged from May.

This reading is based on responses from about 2,000 households regarding their expectations about pay and the economy as a whole in the coming months, as well as their willingness to spend money.

Sentiment in Europe's top economy is currently positive, but appears to be stalling amid uncertainty about possible fallout from the crisis in Ukraine.