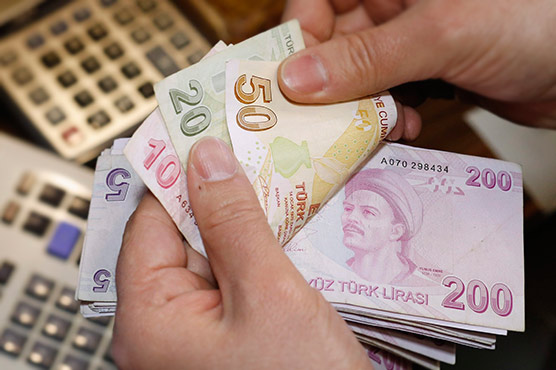 The deficit showed an increase of $16.507 billion compared to the outcome.

ISTANBUL (AFP) - Turkey, hit recently by a currency crisis, reported on Thursday that its current account deficit -- a key weak spot -- took a sharp turn for the worse in 2013.

The deficit showed an increase of $16.507 billion compared to the outcome at the same time last year, soaring to $65 billion (47 billion Euros), central bank figures showed.

The figure was driven upwards by an increase in the foreign trade deficit and soaring imports, the bank said in its annual report.

But central bank Chief Erdem Basci sounded confident that the figure would improve this year.

"There will be a considerable improvement in the current account deficit in 2014," he said, referring to a recent plunge in the value of the lira.

At Istanbul-based Finansbank, analyst Deniz Cicek, commented: "We expect the substantial currency depreciation after December to lead to a considerable reduction in the external deficit in the forthcoming months."

He estimated that the current account deficit, which reached at almost 8.0 percent of gross domestic product in 2013, would fall to 6.0 percent of GDP at the end of 2014.

The ruling Justice and Development Party (AKP) has tried to reduce the current account deficit since it came to power in 2002, but analysts have warned for months that the deficit, measuring the gap between all current payments into and out of the country, is a pivotal weak point in the Turkish economy.

The country has been hit by market turmoil after a high-profile graft scandal implicating key government allies became public in mid-December and the US Federal Reserve began tapering its stimulus package, causing investment to flow out of many emerging markets.

The Turkish lira lost over 10 percent in two months before the Turkish Central Bank raised interest rates in late January, containing further pressure on the currency.

In the afternoon trading on Thursday, the lira was changing hands at 2.2065 against the greenback, a slight decrease from the previous day.

The government has insisted that its growth target of four percent for this year remains intact although the analysts have revised their forecasts downward.

The tension also comes as the country braces for an highly-charged election cycle this year starting with the local polls in March.